One of the fastest-growing districts in southern Indiana, East Washington has K-12 facilities on a single campus.

A separate entry for these shared facilities was created to allow a use not only for the high school and middle school during the normal school day but also for the community after hours.
The middle school addition had three primary objectives. The first was to provide separate cafeteria and media center facilities to eliminate sharing with high school students. The second was to create a new defined entry and administration area. The third objective was to expand the classroom facilities to allow the fifth grade to be moved from a crowded elementary. 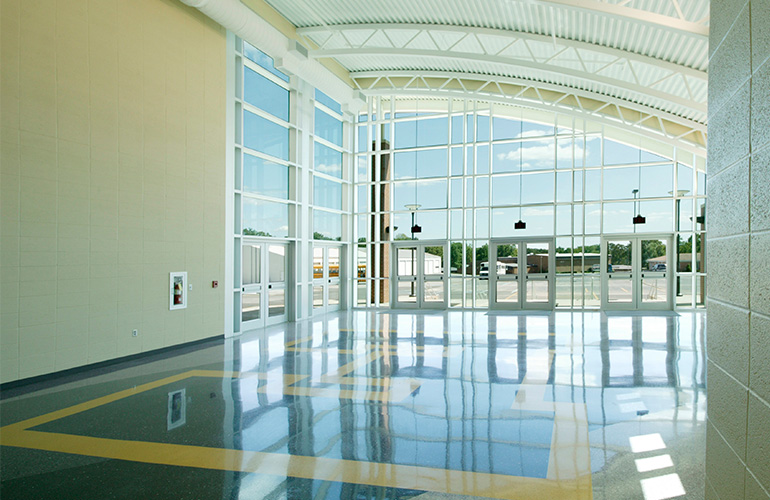 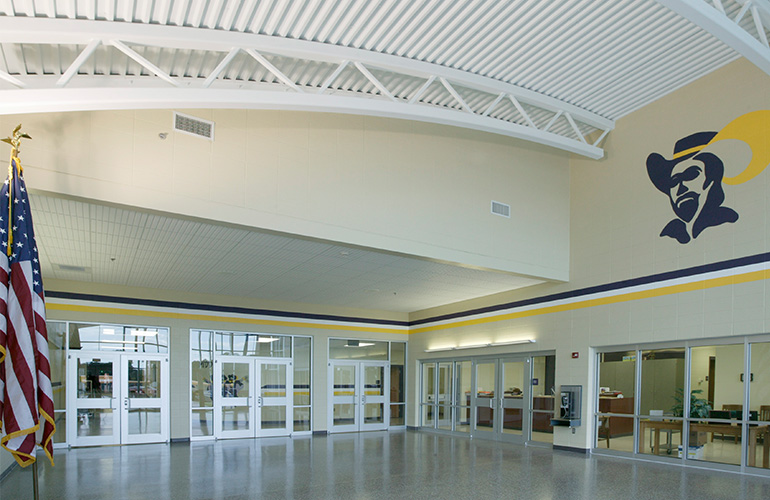 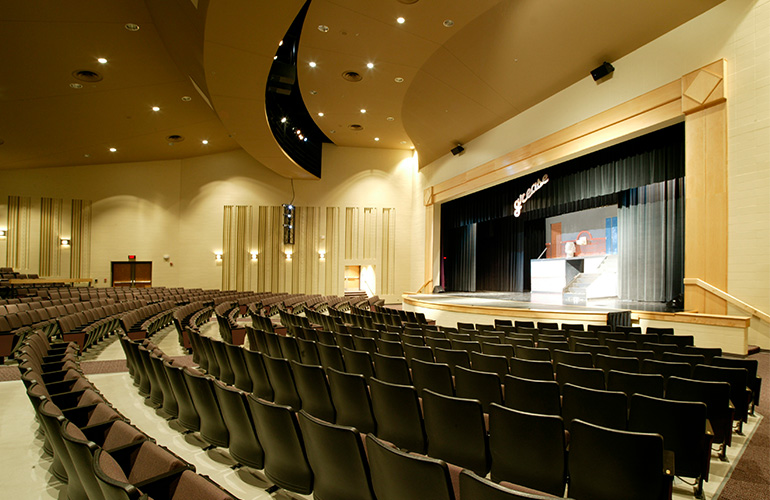