In previous years, additions were made to the early-1970s building resulting in sprawling academic spaces causing supervision and circulation challenges, as well as a disconnect between various spaces of the school. Classrooms, the media center, and auditorium were also in need of major improvements.

Circulation and supervision was improved by connecting academic, social and athletic spaces with a new “Main Street” which cuts through the center of the building. This expansive space brings students from the perimeter for easier supervision and allows for interconnectivity between various locations. Art rooms and a multi-media lab are visible from Main Street through the use of large glass walls allowing for artwork and active “student learning” to be on display. New and revitalized academic spaces were also accomplished through technology upgrades, moveable casework, and use of daylighting. Front offices were also relocated to the opposite end of the building, closer to student/visitor parking. A new, modern media center (also the community library) was relocated from the center of the building to a more visible location. The 40-year-old Performing Arts space was in the greatest need of updating. It was replaced with a new 800-seat auditorium and features a balcony, new control booth, stage, and multipurpose dressing rooms (which can also be used for music practice). 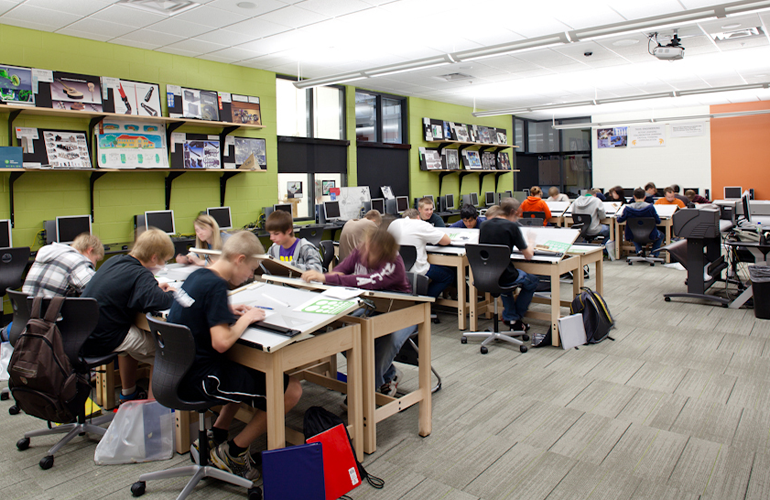 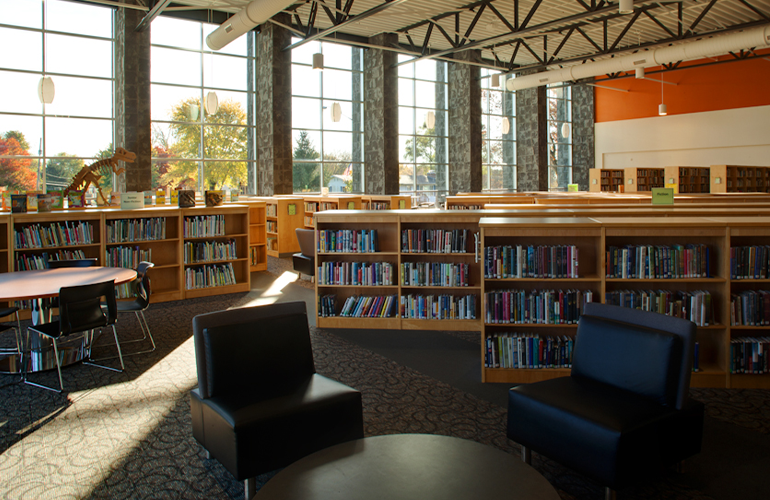 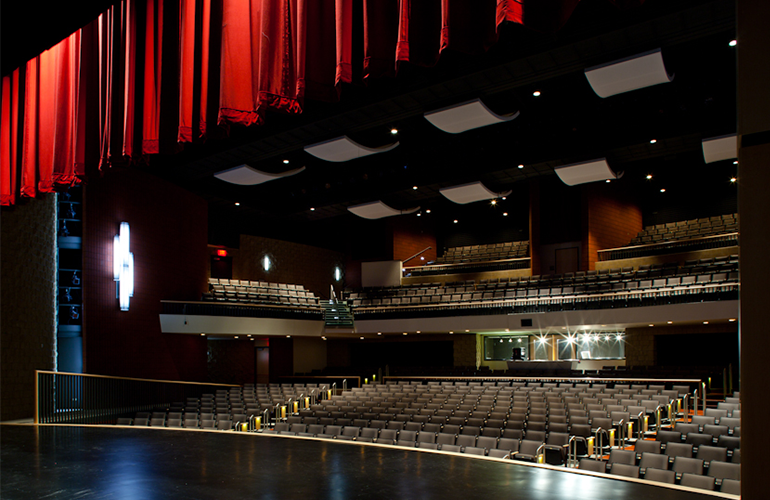 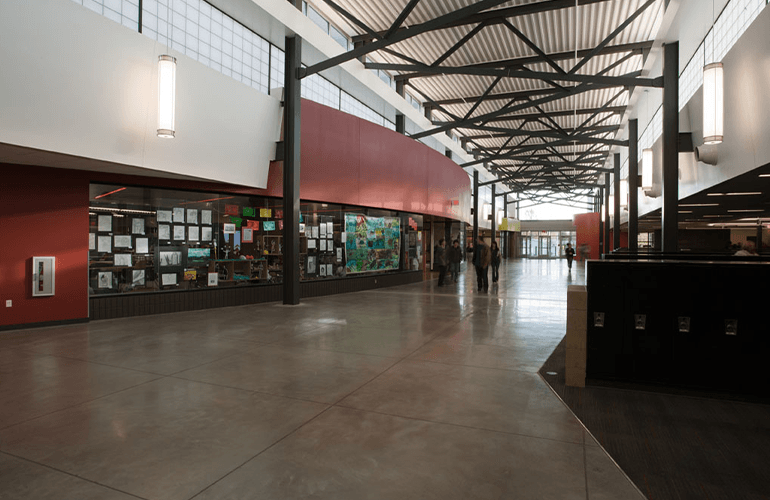