The following recommendations were made as a result of the team’s efforts:

Proposed Campus Signage: The existing campus signage program does not correlate to the Aquinas College branding standards. The proposed signage program would work in concert with the campus definition plan to help reinforce the brand, improve wayfinding for daily users and visitors, and highlight the botanical features on campus.

Proposed Open Space and Pedestrian Trails: Aquinas College is known as a destination for students who value its forested campus setting. A foundational component of the plan update is helping to establish which areas will be preserved as natural open space and which areas will be preserved as formal open space. The plan proposes three main arterial pedestrian paths to cross-campus which will be integrated with the wayfinding program.

Proposed Projects: The 10-year Master Plan includes a list of projects to serve as aspirational goals throughout the campus, allowing each to be developed independently as funds become available. These projects include a New Science Building, New Chapel, Entry Sculpture, Press Box and Lights, and Public/Private Partnership with Wilcox Park. 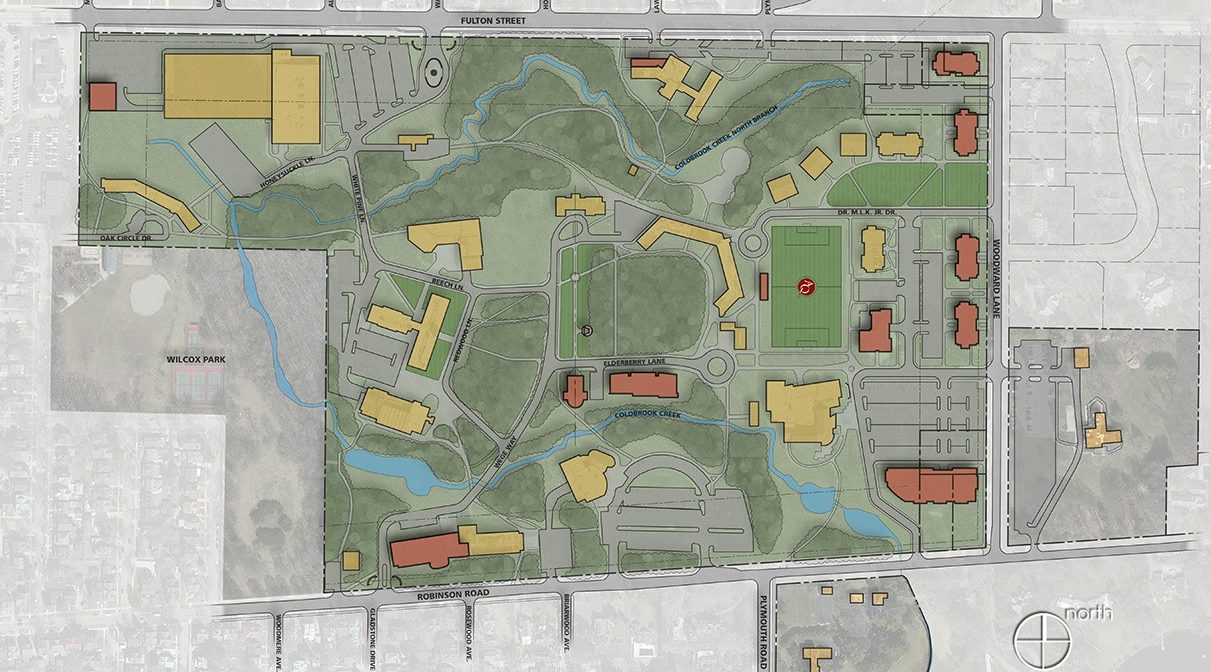