Coloma Community Schools wished to renovate and improve the image of their high school, originally built in 1966 and last renovated in 1992. The district selected TowerPinkster to design plans to improve the school’s function. The district’s priorities for the project included improving security at the building’s entrance, increasing band and choir space, including associated ensemble and practice room spaces, and renovating the auditorium, cafeteria and science rooms.

By stretching the office and band/choir addition across the front facade of the building, TowerPinkster created a new image for the high school. This addition provided a new office area and a secure point of entry. Additionally, the design team reworked the core of the building by carving out additional space for a new, larger auditorium and new cafeteria. The auditorium contains custom moving and rotating acoustical panels which allow the space to accommodate both theatrical and musical performances. The design also re-purposed the space formerly occupied by the band and choir into an area for art and large group instruction, which then allowed the former art room to become the new, expanded kitchen and servery. 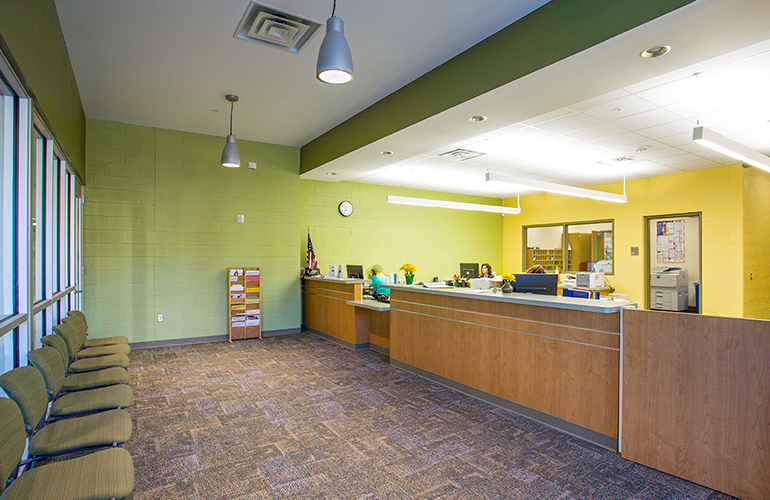 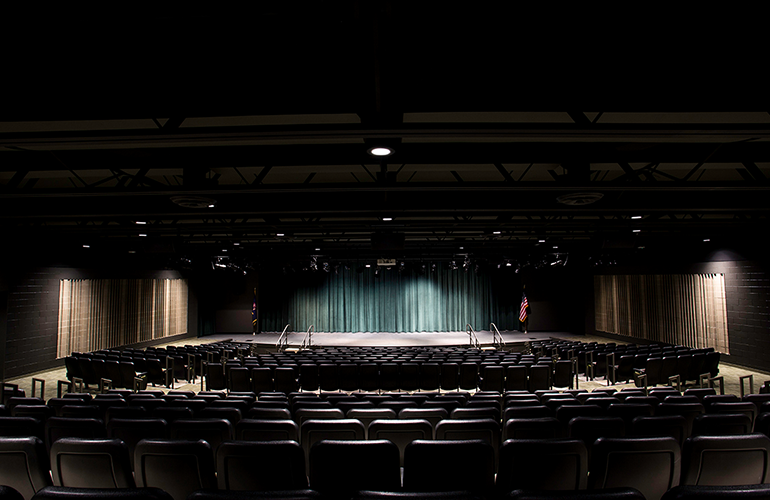 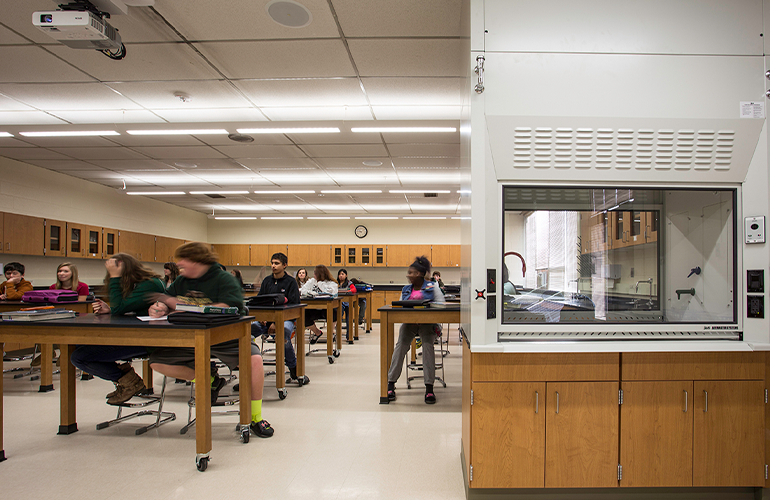 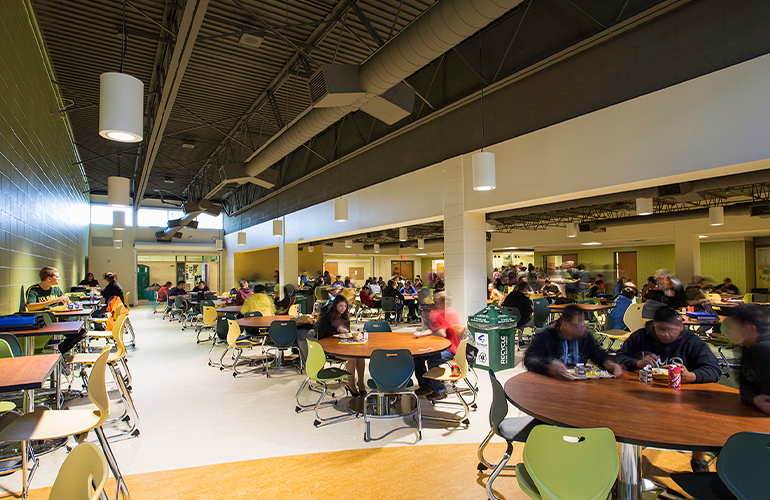