Jackson College’s Central Campus is located in a rural area six miles south of the City of Jackson. The College has four additional satellite locations to accommodate various degree programs. Lacking connectivity amongst the 14 buildings at its Central Campus, the College determined that a fresh site design would create an improved and inviting space for student activity, collaboration, display, and pedestrian circulation.

TowerPinkster is currently working with the College to create a plan for redeveloping its Central Campus Mall: a 5.1-acre green space spanning between five of the most centrally located buildings. The site has some challenging grade issues, inadequate walking paths, and sparse vegetation, making student gathering in the area less than desirable. A preliminary site master plan concept was developed with the following improvements:

The master plan concept was recently finalized, and the project is now in Schematic Design. Improvements are intended to be implemented in two phases. 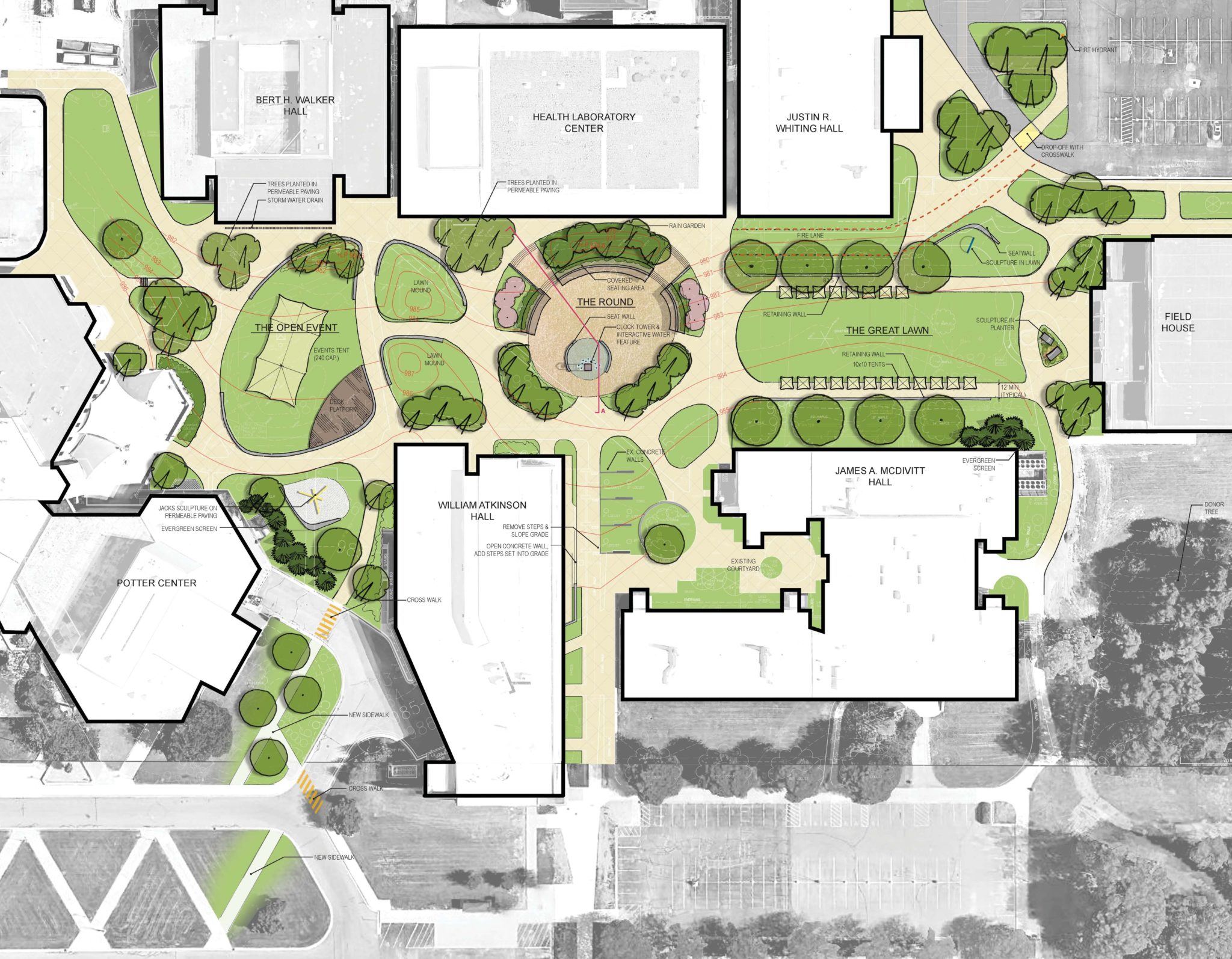 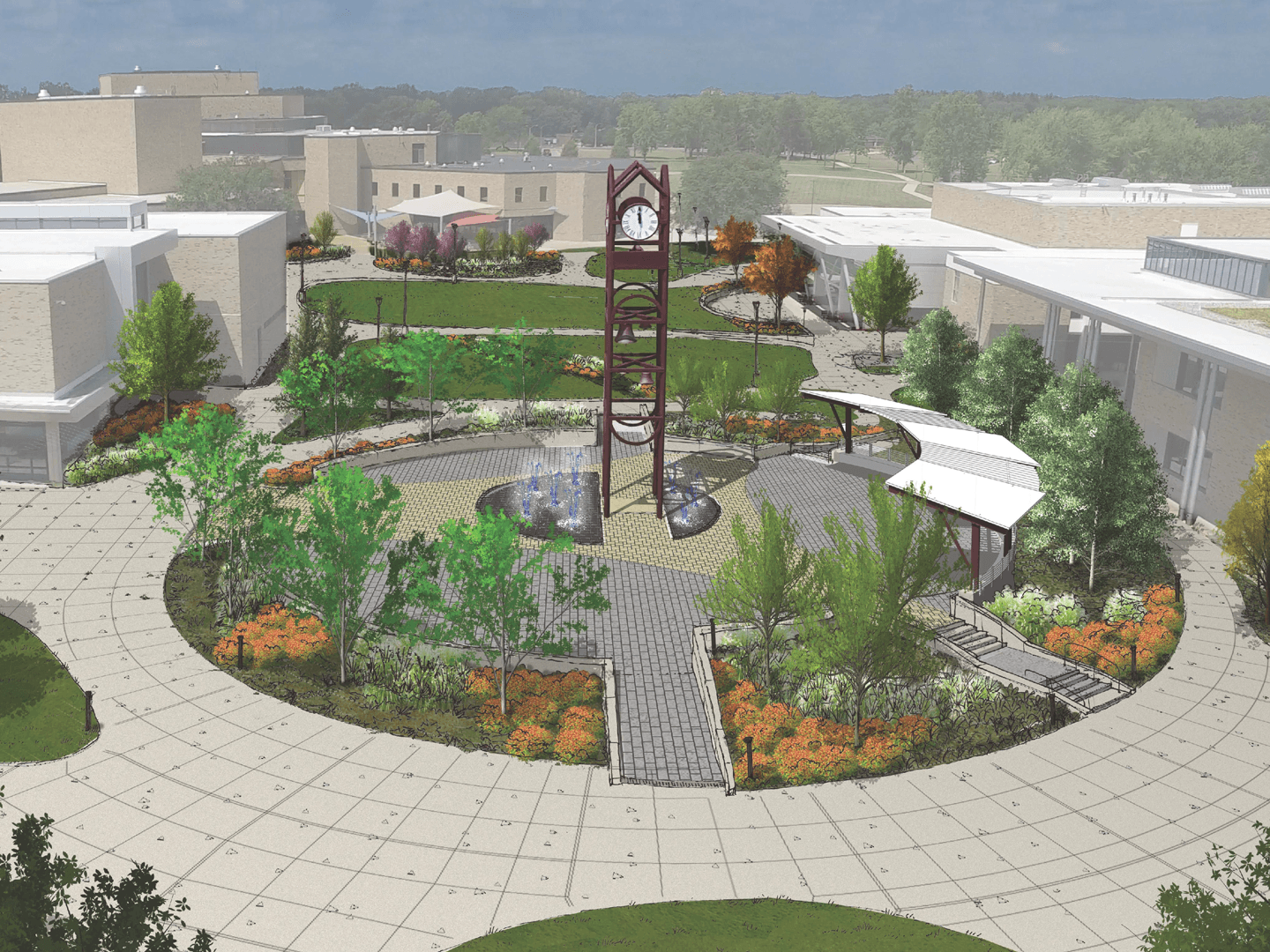