Built in phases from the 1930s to the 1970s, this building forms the southern edge of the main campus green, gradually ascending a steep hillside. It was built to be the center of student life at Kalamazoo College, but over time, it failed to function effectively to serve changing student needs. The interior had twelve distinct levels and was inaccessible to the handicapped. The building was energy inefficient, contrary to the College’s goals of sustainable use of resources. Wayfinding was also very difficult.
The goal of the project was nothing less than the total transformation of the building as the revitalized centerpiece of student life – demonstrating its value as the “heart and hearth” of the campus. Through inclusive and engaging programming and design, this project aligned the mission and vision of the College with the new contemporary function of the building, while retaining the character and context of its traditional setting.

The center portion of the building was removed and redesigned to create a new atrium while keeping critical functions, such as food service and the bookstore, in operation without disruption. All major functions radiate from this central atrium to provide clear visual orientation within the building and dramatic views of the campus green outside. Multiple floor levels were reduced to three, providing complete accessibility throughout the building. A variety of student gathering spaces were created for group meetings, social functions, and individual relaxation.

The entire building was remodeled, and its seven existing fireplaces were all reactivated. Historic portions of the building were also protected and enhanced in the design. The project is one of the first LEED-Silver projects in West Michigan. Today, the Hicks Student Center has regained its position as the center of student life at Kalamazoo College. 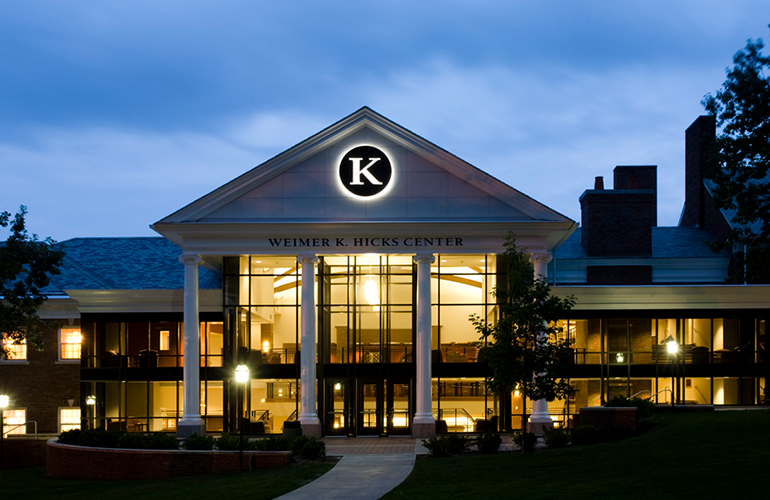 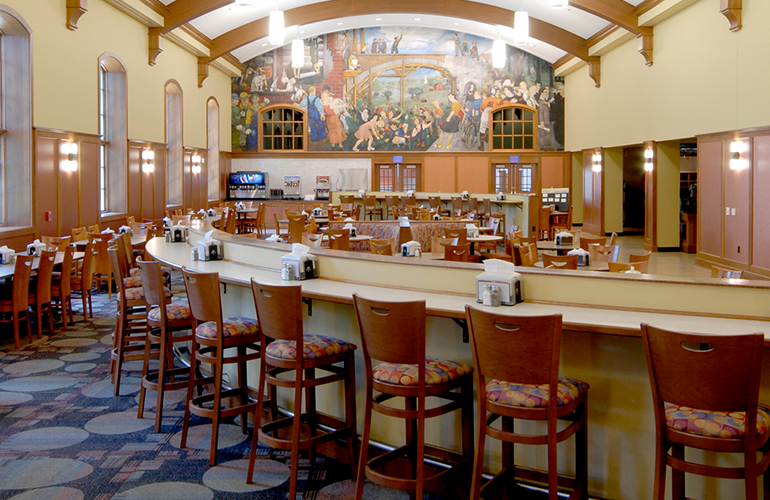 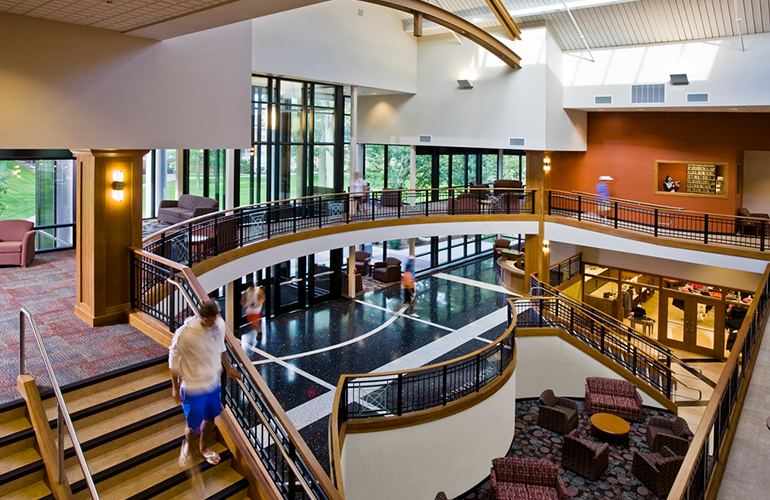 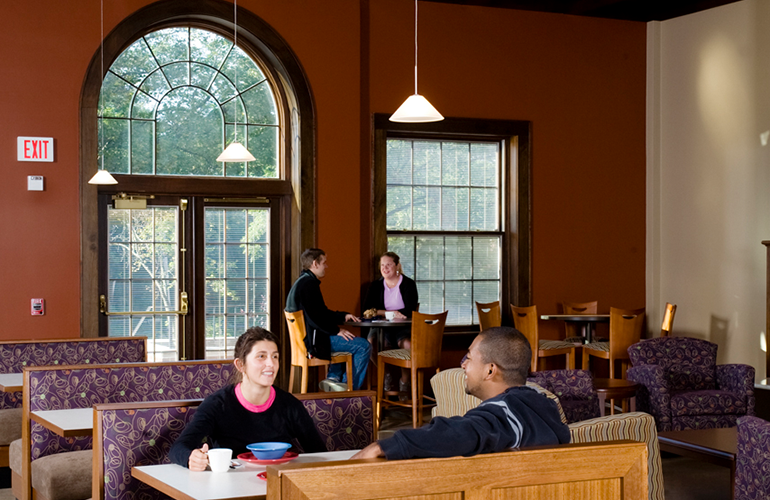