A major downtown addition, it links the Central Business District with its Government Sector. In addition to creating a more user-friendly atmosphere, the facility improves court system efficiency and effectiveness and provides for the Courts’ current and future security and technology needs.

The design team focused on elegance through the creative and unique use of common materials to achieve budget objectives. The building form was generated through the study of the sculptural forces the site and neighboring buildings create. The standard floor layout is divided into halves resulting in a ‘North Tower’ and a ‘South Tower’. The North Tower, with its proximity to Calder Plaza and the government center, is tall and solid, setting a tone of dignity as it anchors the building to its site. The South Tower is angled, opening space at the corner of Ottawa Street and Lyon Street and making a gesture to the shifting downtown city grids.

The building’s plaza design incorporates an architectural reference to the Romanesque City Hall formerly located on this site. A new clock tower at the historically significant corner of Ottawa and Lyon is constructed of the same alternating bands of brick used on the new Courthouse and includes one of the original faces from the City Hall clock tower. 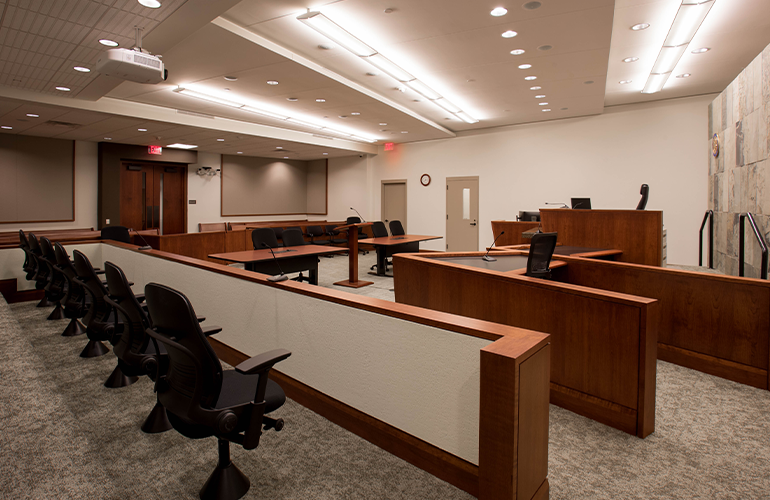 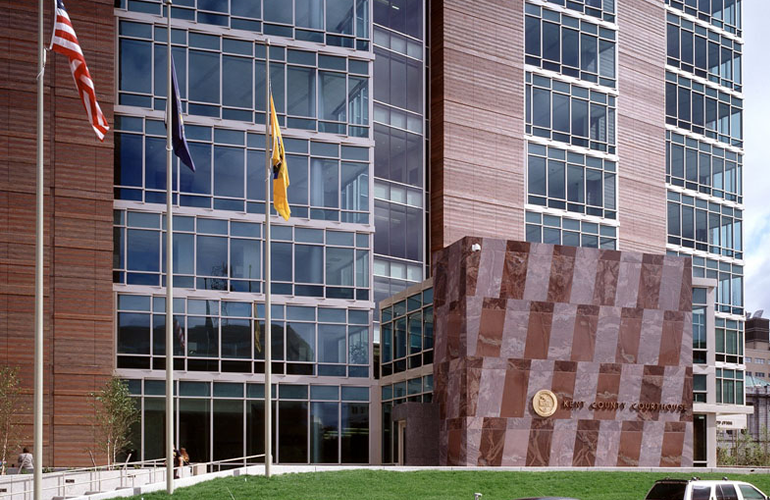 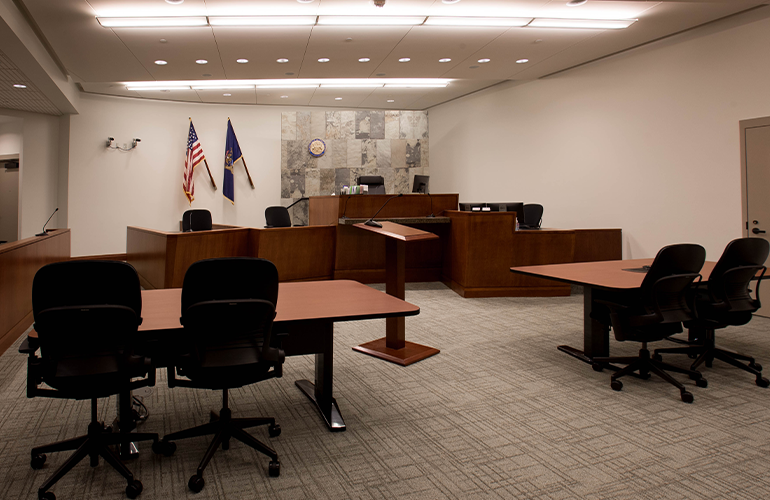