Originally constructed in the 1950s, the Kent County Jail had 430 linear maximum custody beds, a 48-bed dormitory, and 56 additional beds which were added in 1970. With outdated facilities and an increasing need for additional space, the County turned to the team of TowerPinkster and HOK for a creative solution.

Through an extensive space needs study and several site plan layouts, the team determined that the best solution would be to demolish the oldest portions of the jail, renovate the most recent 1970s addition and add a new direct supervision replacement facility featuring a mix of multi-occupancy cells, medium custody cells, and dormitory housing. This was the best option for the County because the site layout accommodates future expansion, optimizes site usage, and makes the existing support service areas, such as the kitchen, laundry, and health clinic, more accessible. The addition itself is 85,000 SF and 320 beds, featuring a 96-bed classification unit tucked between the existing jail and Sheriff’s administration building. The design replaced the original 430-bed cell block and provides three 64-bed dormitories in the renovated area of the 1970s addition. By executing the building’s demolition and construction in phases, inmates migrated to the new housing units as they became available. 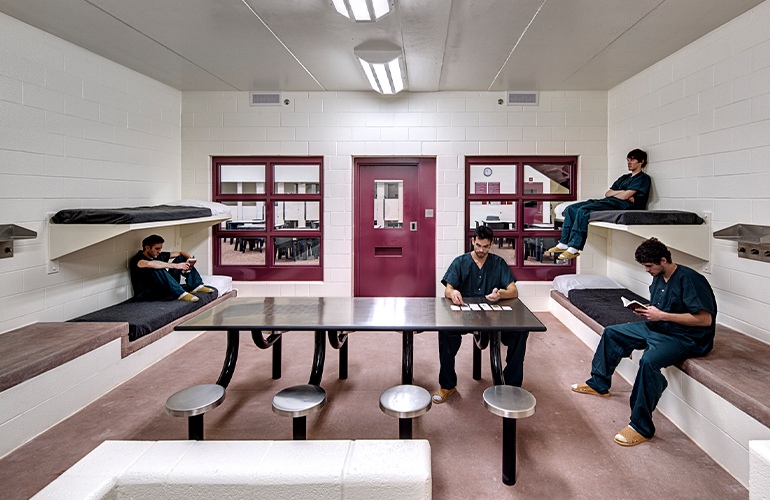 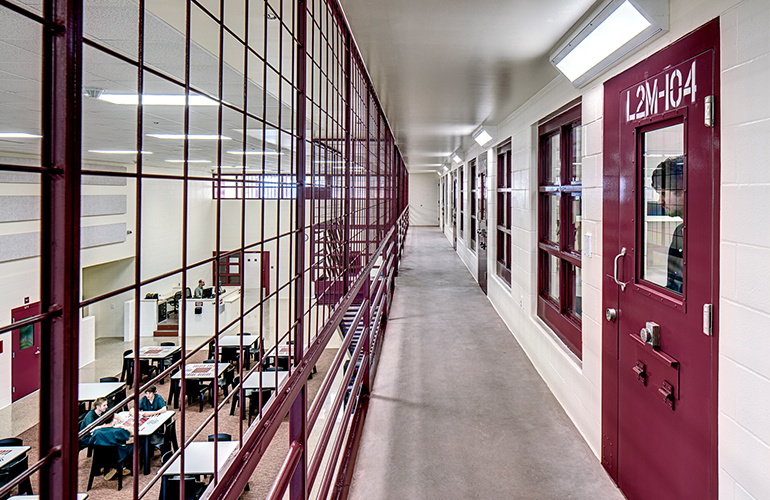 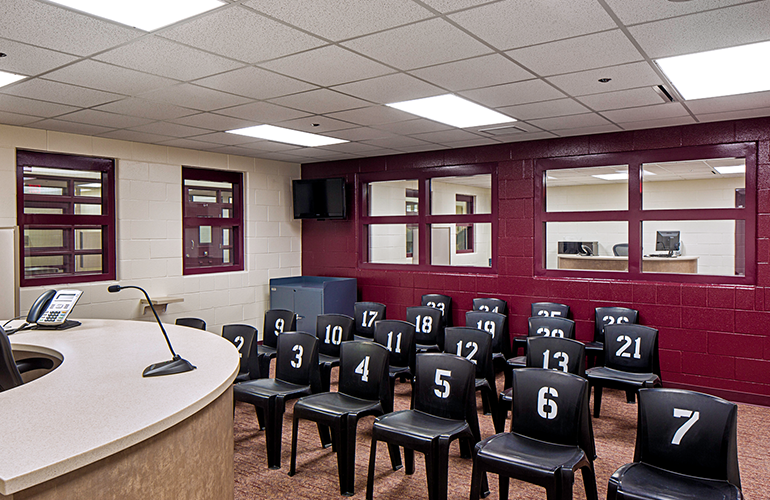 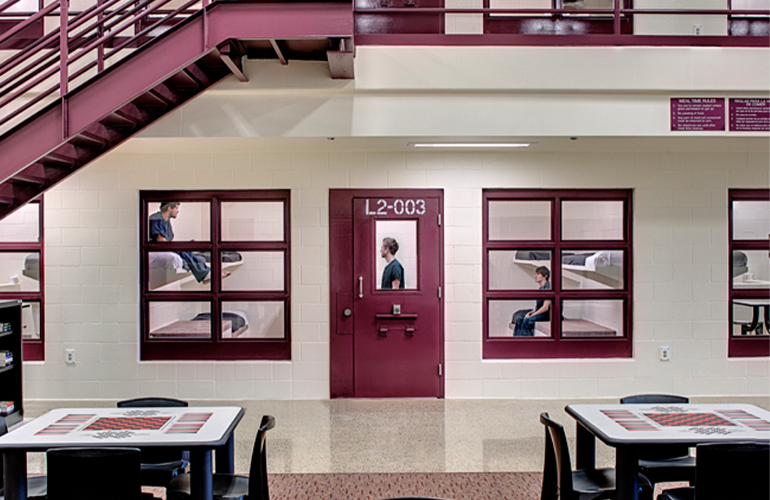 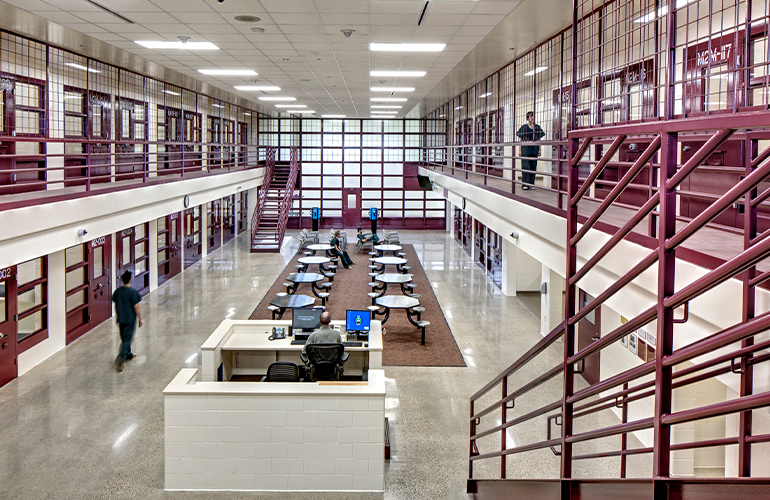 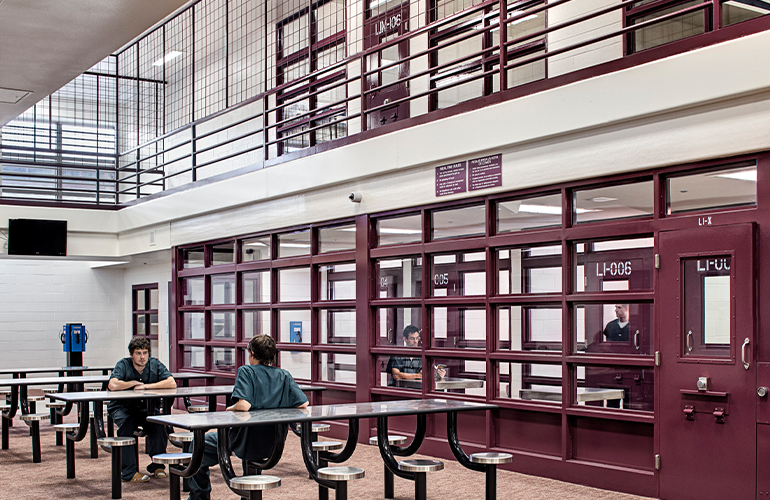