The high school expanded over the years from its original 1961 construction to include additions on both ends of the facility in 1971 and 1998. While newer portions were in fair condition, original portions were outdated and connected by long, narrow corridors.

A facility assessment showed that removing the older, poorly functioning areas in the center, and replacing with a new, two-story academic addition, would be the most economical solution. This new addition opens onto a student commons featuring two clearly-defined entrances: one for visitors and students arriving by bus, and the other for staff and students arriving by car. Accordingly, bus, car, and pedestrian circulation zones have been reorganized for safety and security. Features of the new two-story academic addition also include offices, a districtwide copy center, kitchen and cafeteria, locker commons, science and computer labs and new classrooms with shared learning space. A 600-foot-long, curved glass wall connects the two existing portions of the building, enclosing the interior student concourse. The existing pool was also transformed into a new fitness center, and a new 13- lane pool was designed with expanded bleacher seating. Other athletic improvements include renovations to the existing gymnasiums, locker rooms, an aerobics studio, batting cages, an indoor track, and a school spirit store. 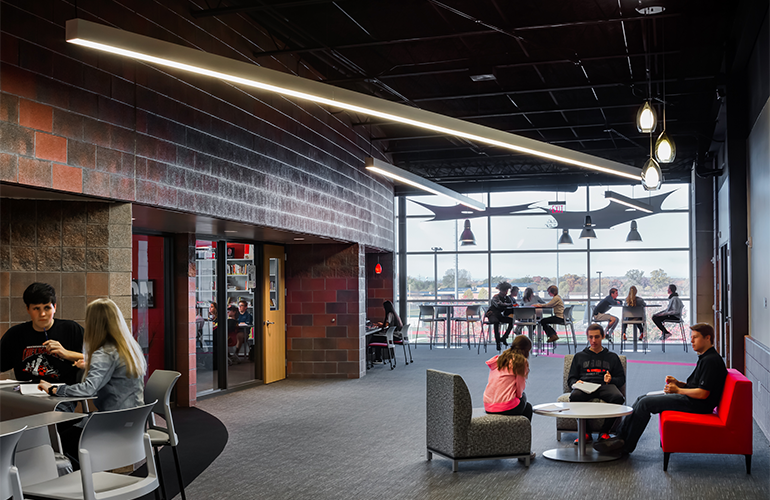 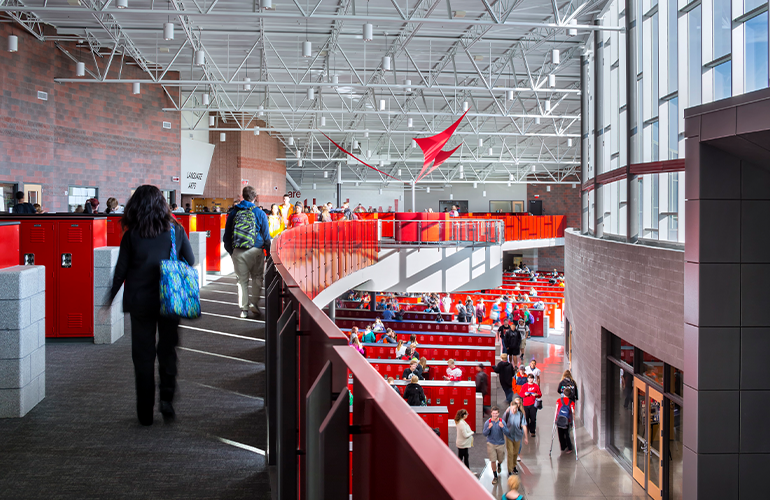 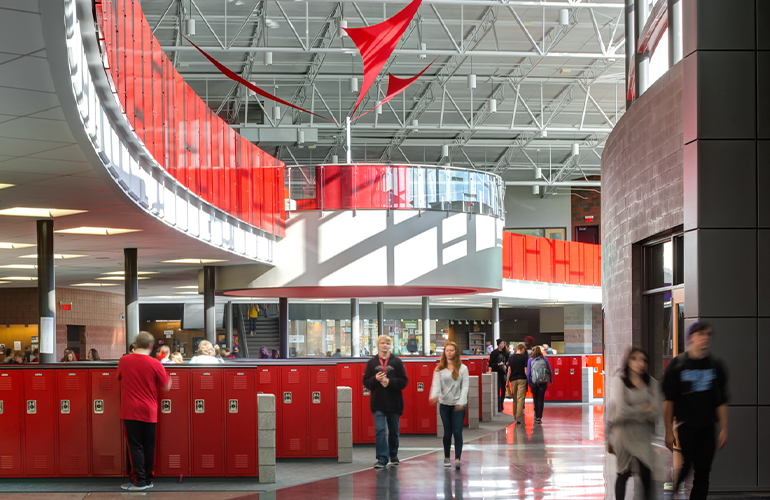 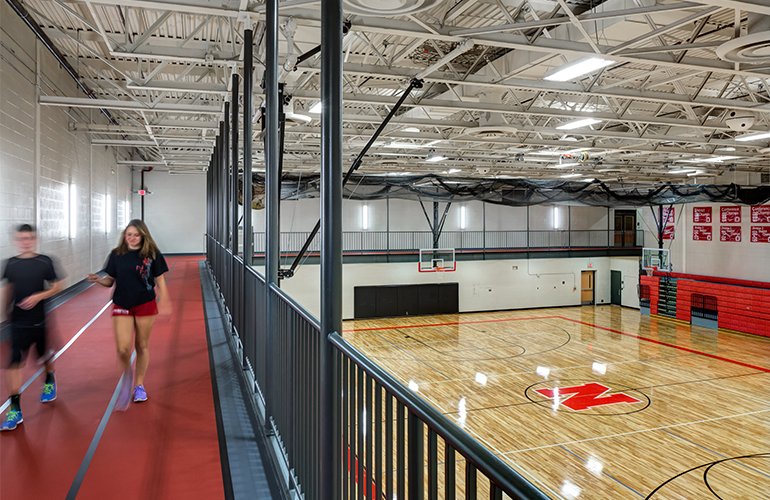