The River Church began in September 2004 in a small building on Lake Street in Kalamazoo. When they quickly outgrew their location, they purchased a larger warehouse building downtown. The challenge was to renovate the run-down 25,000-square-foot warehouse and turn it into a place of worship. The church was working with a limited budget but still wanted to create a welcoming space for disadvantaged community members. In order to accomplish the large undertaking, The River partnered with TowerPinkster to provide architecture and engineering services, as well as Encompass Interior Design, Nehil Sivak Structural Engineering, and Cornerstone Construction.

TowerPinkster lead design efforts and created an overall vision for implementation and then focused on the areas that would be most impactful for the first phase of the improvements. The primary focus areas include:

The second phase of work included renovations for teen programs and after-hours services. Overall, the warehouse was transformed into a space that will serve the River’s parishioners as well as the greater community. 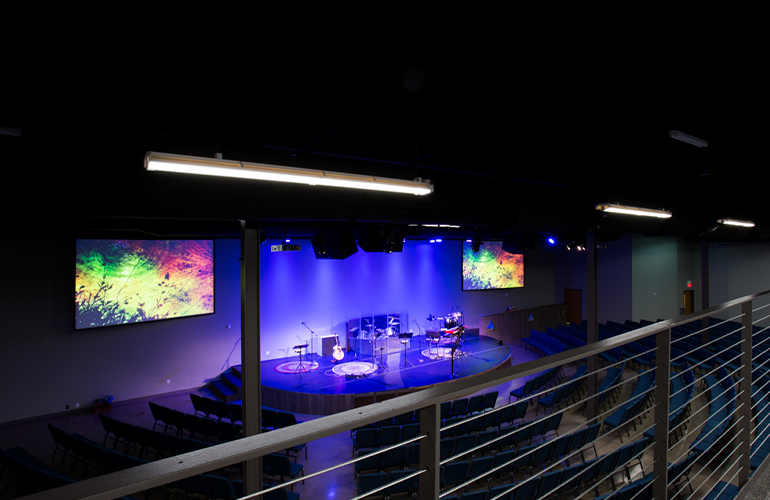 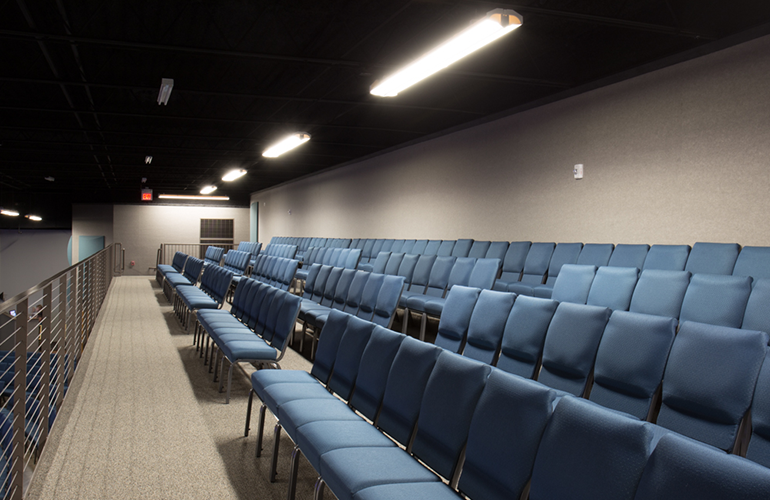 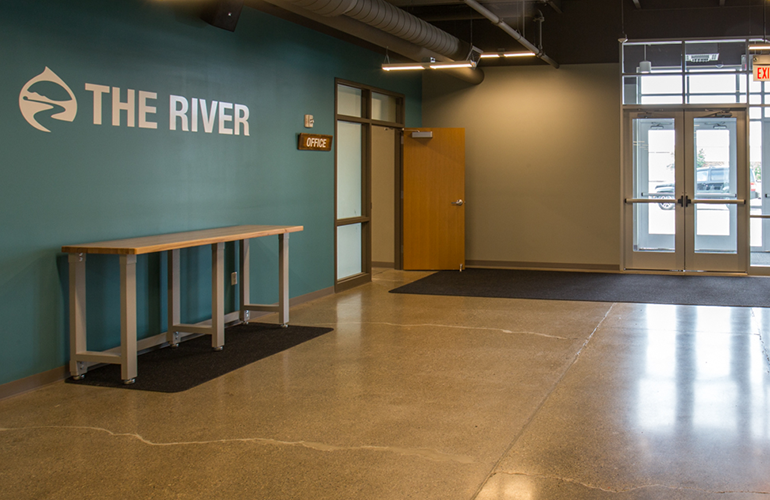 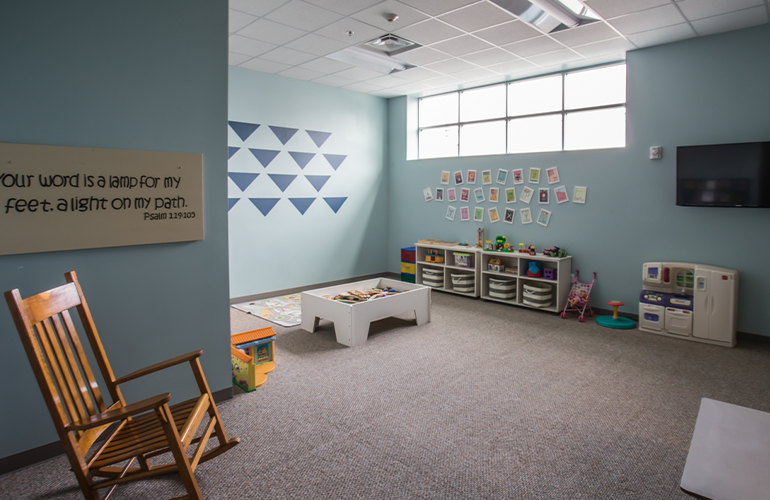