The legacy of WMU was founded in 1903 when its historic home “East Hall” was built on approximately 20 acres on Prospect Hill. As the University grew, it expanded westward to include the present West Campus (now the main campus). The team was challenged to renovate the historic East Hall into a new Alumni Center, celebrating WMU’s history.

East Hall was re-imagined as the new Heritage Hall Alumni Center, designed to be a touchstone experience for Alumni and the Kalamazoo Community, as well as the most sustainable and energy-efficient building on campus.

The focus on celebrating the birthplace of the University meant uncovering and reimagining many of the original design elements that shaped this first building. The design team carefully studied the original site plan concepts, architectural documents, and historic photos to understand the presence and composition of the building. Over the decades following its opening, East Hall experienced three major additions, and multiple interior redesigns to comply with the building’s various uses. However, over time the building was rendered obsolete and sat empty for many years.

Many of the additions were stripped back to the elemental pieces of the shell and structure to bring the building back to its original splendor. From there, the building was reconstructed from the inside, out. In doing this, modern technology, light, and general functions were able to be built into the Alumni Center space, while retaining the original character of the building.

The approach to design involved selective demolition, restoration, and additions. Removing the asymmetrical additions created space for new egress stairs and a single-story entry vestibule, as well as restrooms and an elevator. New public spaces include a library and café area, allowing visitors to reminisce and connect with the campus. The corridors are lined with displays, artifacts, and historical elements from WMU’s rich history. Spaces that were previously used as classrooms were converted to alumni offices, meeting rooms, and on the upper level, a ballroom. By keeping the façade of North Hall as a compositional termination of views on the site just beyond East Hall, the relic frames a foreground for the West entrance of the building.

Actual sustainable measures include having all LED lighting in the building. The building is fully commissioned, has an Energy Recovery System and a vertical geothermal system, and all systems are designed to reduce energy usage dramatically. The distance of Heritage Hall from the campus’ central steam plant made the geothermal system financially feasible.

The project team also tightened the building envelope. The building’s original, non-insulated structure was furred-out on the inside surface with three inches of spray applied, closed-cell insulation, providing a foundation for peak performance. Five inches of rigid polyiso insulation was applied to the roof, and the original single-pane windows were replaced and upgraded to the highest-performance window available that met historic preservation requirements. 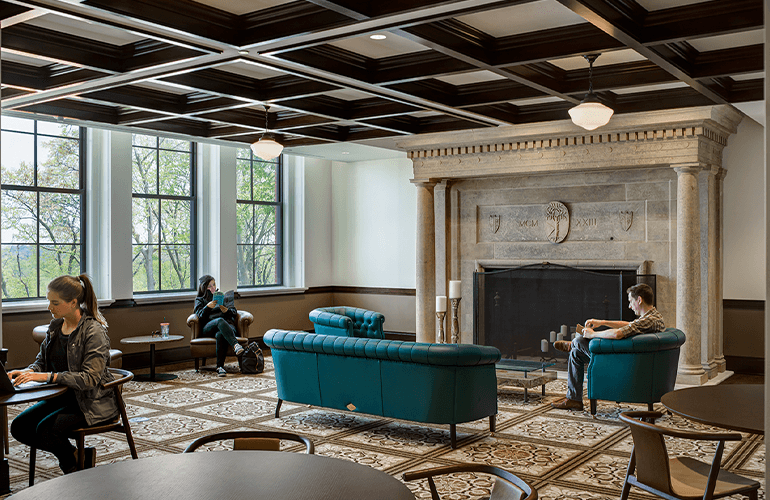 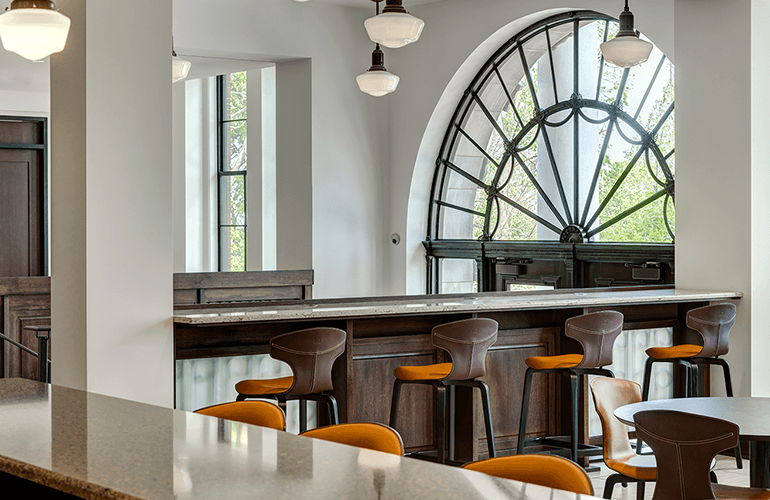 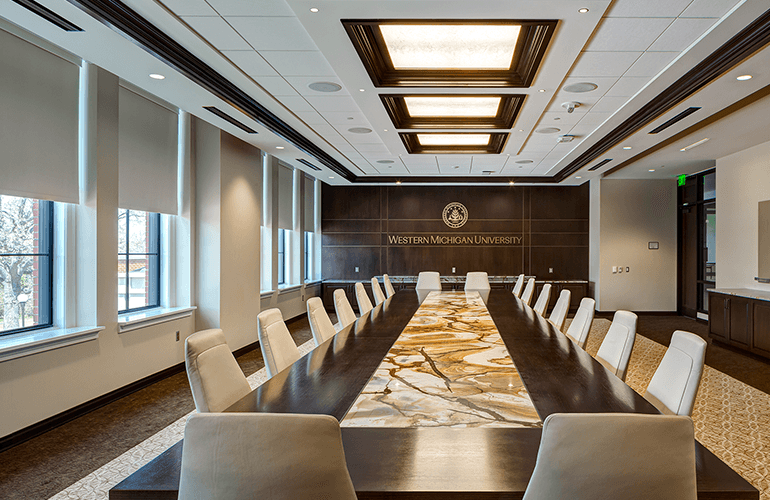 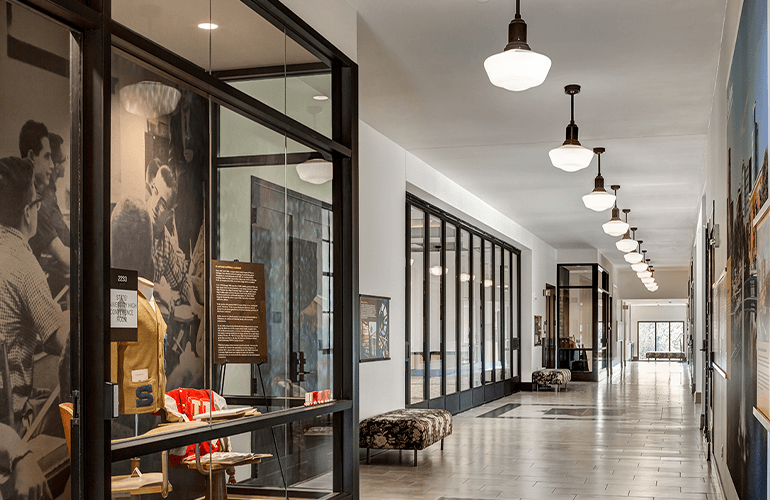