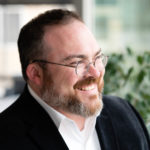 We applaud Aquinas College for their commitment to sustainability and the green building process!

A brief history + the importance of site design.

Aquinas College built its original science building in 1959 and renovated it in 1989. Roughly 25 years later, the college realized that another major renovation and addition would be necessary to continue providing students the educational excellence they had come to expect.

Aquinas College is well-known for their sustainability practices and dedication to preserving as much of the natural beauty of their 107-acre campus as possible. To that end, the science center’s site was originally selected to allow phasing and reuse of the existing structure. Minimizing the development impact was an intentional choice of the design. Utilizing the existing site also helped maintain the building’s role as an icon on the southern edge of campus.

A site design helps limit site disturbances, evaluates stormwater pretreatment, and implements soil erosion and sedimentation control measures. The project limited site clearing to approximately 80 mature trees on what was a heavily wooded site. The trees were harvested and placed into a timber exchange to be dried and used in future finished carpentry. Some trees were also used to make reclaimed resin tables. In addition to shaded parking and planters, the science building features a green roof that can be used for outdoor classes and gatherings, as well as a white reflective roof to help further reduce the heat island effect.

Lab buildings are huge energy consumers (an average of 115 kBtu/square foot of energy per year, according to the U.S. Energy Information Administration). By comparison, Aquinas’s Science Center is estimated to have a site EUI (Energy Use Intensity) of 78, a 32% reduction compared to the national median.

Costs for interior LED lighting were reduced by more than 20% by employing daylighting strategies. Trane Trace 700 models were used to determine the anticipated energy savings of 17% above baseline. This results in more than $38,000 of energy savings annually. Energy meters monitor end uses throughout the life of the building to maintain system performance. Enhanced commissioning services were conducted to ensure the building systems were installed and functioning as intended.

The large addition to the Science Center was designed to reused 59.2% of the existing structure. By renovating the existing 43,000 square-foot building, the school was able to reduce building life cycle costs. The renovated learning spaces feature environmentally friendly finishes, EPD (Environmental Product Declaration) products, and new technology. Over 75% of the demo waste was diverted from landfills, and local materials helped reduce the project’s overall carbon footprint.

The previously established campus and project site is situated near several students and staff amenities. The science building is walkable to bus stops and houses bicycle parking, as well as showers to promote bike commuting. The building is also located within a wooded area and next to a public park there are many opportunities to spend time outdoors for exercise or relaxation.

AQ promotes STEM and sustainable education by putting “science on display”. These moments are integrated into the design to promote sustainability in an ambient way to the users. As an example, the green roof is used as a classroom, providing an excellent example of sustainability.